Skip to content
HomeTrying to be a good dog

It’s not all bad news. We all had a lovely six hour walk today. Admittedly, I had to be on my lead ALL the time. However, I put my head into gear to make sure I didn’t pull on the lead too often. As a result, there was a nice line in ham coming my way. The Wainwrights were still angry and shouted at me but, at least they had given over the roaring. I kept close to B, with my head down and tried desperately not to look at the woolly things. We walked by a lovely stream, it was babbling away and lapping its away across big boulders into silent pools, where the old girl and I could go paw dipping. I think I nearly pulled B in a few times but that was OK, because David was laughing a lot.

Later the old girl found an empty plastic bottle to play with. She threw it up in the air, caught it and scampered about the fells as if she were my age. Oh, I did pull on my lead then. I SO wanted to join in. B had a big long look around and decided the coast was clear. I got off my lead and took off like a greyhound, catching up with the old girl and nicking the bottle! We did lots of running and chasing over a great arch of the hills – great fun. I came back when I heard the whistle and tucked into a nice handful of ham, ummmmmm.

The very best bit was further on, at a mountain tarn. I got off my lead again and ran straight down to the water. The old girl did her thing, playing fetch with the floating toy, but I’m still not brave enough to go swimming, so I made up my own game. I ran backwards and forwards along the edge of the tarn and scampered over the rocks. Then I ran right out into the tarn, it was a long way before it got scary. The brilliant thing was the ripples I kept making all around me, with the water foaming in bubbles for me to catch. I jumped at them then but when I got them in my mouth I hadn’t caught anything at all, so I kept trying. I was such fun and I was so happy, just like puppies and young dogs should be. 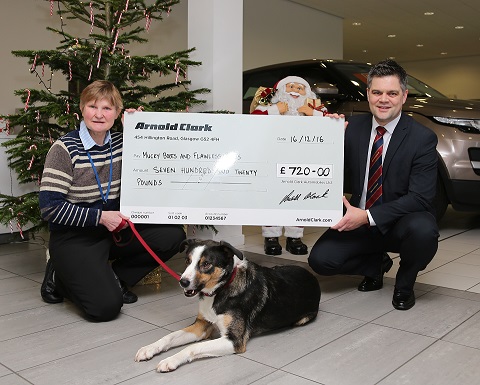